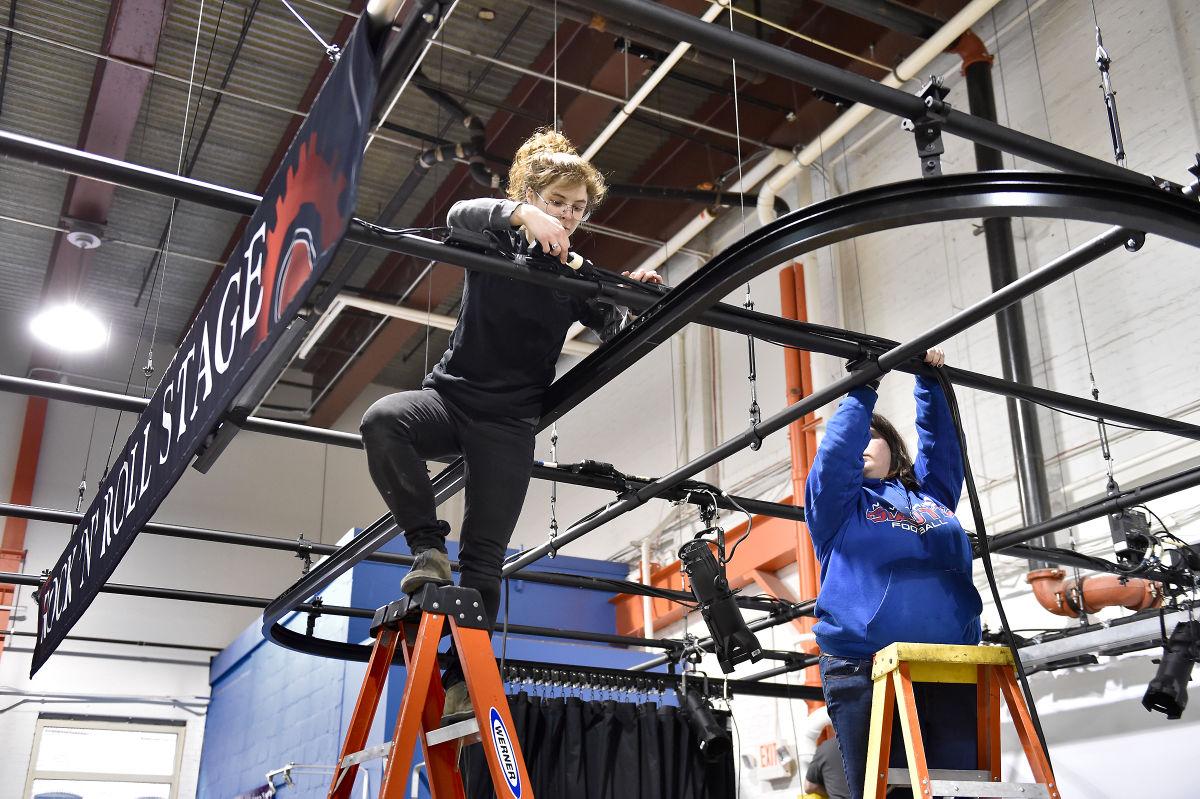 The Lancaster Science Factory wants to give its visitors a taste of the rock ‘n’ roll experience.

A new exhibit, Rock ‘n’ Roll Stage, aims to give a behind-the-scenes look at what it takes to produce a concert for stars ranging from Taylor Swift to Black Sabbath.

Officials are hoping the new exhibit, a collaboration between the Science Factory and several local businesses, will help youngsters gain an understanding of how science, technology and engineering skills are needed to land jobs in the music industry.

The exhibit will open to the public Saturday as part of the Science is Amazing Festival.

“This is our grand debut,” said Emily Landis, executive director of the Science Factory. Landis said the new exhibit cost roughly $25,000, and officials are working out details for a second phase in the future.

The companies involved are part of a growing sector of the local economy. Some are part of Rock Lititz, known for its rehearsal space for mass-audience entertainers just north of Lititz Borough.

Part of the stage being assembled Monday at the Science Factory was used by pop star Taylor Swift on her “1989” tour.

The exhibit also includes a control board to showcase some of the technical expertise required for careers in live music.

Another focal point of the roughly 300-square-foot exhibit is a cyclorama: a curved backdrop used as a screen for lights, video, projections and other special effects.

About a dozen display signs will surround the stage, relaying details about specific jobs such as rigger, stagehand and spotlight operator. The signs include information about color mixing and concert speakers.

There are about 60 exhibits in total at the 11,000-square-foot activity center on New Holland Avenue. The Science Factory focuses on helping children develop an interest in the physical sciences and engineering.

“What defines us here is that absolutely everything can be manipulated,” Landis said.

Marfa Prokhorova, a project manager for Lancaster-based Performance Environment Design Group, said her company is helping with the exhibit to generate interest among local youths. Her company has created stages for artists including Bon Jovi.

“I think we’re just really excited to link this to careers in the industry,” she said.

Jim Shumway, a rigger for Tait Towers, was among those assembling the exhibit Monday. Shumway, who studied theater in college, said having solid math skills is important for his job. “It’s increasingly more complex every year.”